A Festival of Living and Dying 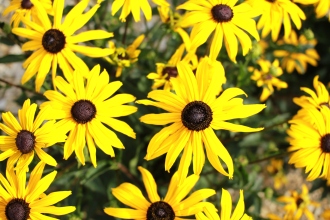 I have been reading a recently-published collection of poetry by Clive James, called “Sentenced to Life”.  James has advanced cancer and has been expecting to die for a long time. He lives in Cambridge, where the successive treatments he has received have so far kept him alive. But at what cost? The title of his book is a wry summary of the issues that he explores in many of his poems. He describes what it feels like to be suspended between living and dying, undergoing aggressive therapy which may keep the body going (just) but saps the spirit.

I have a friend who works for the World Health organisation in the area of health provision for older people in developing countries.  When addressing policy-makers and health planners he likes to start with the question “is death the worst thing that can happen?”   Whilst the immediate, non-thinking answer might be yes, of course it is, a moment’s thought will indicate that there are circumstances where a peaceful end may be preferable to a prolonged period of half-living.

I knew a family once who were determined that their very elderly and ill relative should be kept alive at all costs. This meant resuscitation if necessary, but in fact a “successful” resuscitation only prolonged for a few weeks –as it so often does – a life of suffering.

Most people are woefully ignorant about the dying process, which is, like being born, an entirely natural one. The trouble is that in this country, and in many others too, of course, we have not only hidden death away in institutions but we have also made it a matter for the experts.  Being born and dying have a lot in common.  The healthcare professionals are vital at the right time, of course: to alleviate pain and to intervene in other ways if appropriate. But experience shows  that in dying, as at the start of life, nature has its rhythms and its reasons with which it is wise to co-operate rather than to fight.

We may not want to know about all the technicalities of end of life care, nor do we need to. But we can all have an opinion of the way that we would like to leave this life if we can. My mother very sensibly made a “living will” years before it was needed. She backed it up through conversations with her children, by which she made very clear what she wanted. She hated the idea of being kept alive by over-zealous treatments if she had deteriorated to the point where life held no pleasure and no prospect of improvement.  As a result, when she was suffering from advanced dementia and in a care home, her family were able with clear consciences to resist the suggestion that she be admitted to hospital when she contracted serious pneumonia.

My mother had the most peaceful of deaths, something for which I will always be grateful.  The moral of the tale is obvious: because she had made clear in advance that there might come a point when death was not the worst thing that could happen to her, she didn’t die in a hospital bed full of tubes and surrounded by noise and busyness. Instead, we held vigil by her side as she gently let go of life.